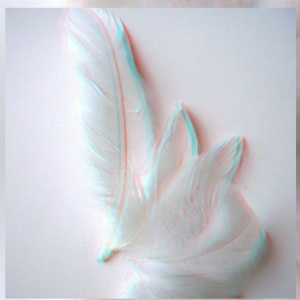 On the day, (Tuesday lunchtime) that everyone got their wings, the sky went the colour of sack cloth and the wind rose to an ear piercing howl for approximately five minutes, between 13.45pm and 13.50pm. In Basingstoke, it rained yellow, which made people very uncomfortable. In Chiswick, there was a plague of bees, and people just stayed in until they went away. In Derby and London, people stood and stared with their mouths agape as the moon shared the sky with the sun. Impatient businessmen shook their expensive wristwatches and went on their way, trying their best to just ignore the whole thing altogether. In Birmingham, the dead rose from their unkempt graves and were forced to have very uncomfortable conversations with the people who now owned their homes.

On the day that everybody got their wings (except children), my wife said that she would leave me if I got the bad wings. Good people, it seemed, got beautiful, silvery and glowing wings, and bad people (allegedly) got a set of weeping, leathery, bat-devil wings.

People locked up in prisons who’d grown a set of the good wings were given back their freedom almost immediately after a lengthy administrative process, along with a reasonable payoff. On their way out they told anybody who’d listen that they’d been saying they were innocent from day one. Gregory, “The Mad Beast” Mayberry suddenly lost all credibility when a beautiful set of dazzling and delicate, white wings sprouted from his back.

No-one was surprised when almost all of the politicians and lawyers and parking inspectors grew the bat-devil wings, and the ones that didn’t were quickly excised from their positions.

On the day that everybody got their wings, my wife poked at the small, skin-coloured lumps on my shoulder blades. They were about the length of a finger. They looked like they should’ve hurt, but they didn’t; they just made all of my T-shirts fit strangely.

I was nervous; of course I didn’t want the bat-devil wings, but I wasn’t in charge of the decision making. The whole thing made me go back and revisit my life. Would I be judged favourably for helping an old lady across the road in 1992, or would I be judged on the several hundred Twix bars I’d stolen from the local Woolworth’s as a spotty and rather peevish teen?

My wife had, of course sprouted a set of pure white and quite frankly, awe inspiring wings, and when sunlight passed through her perfectly unruffled and un-rufflable feathers, they cast glittering rainbows across every surface. I always knew I was a great judge of character.

Other people – for it only affected us, not the animals – grew dirty grey wings, like those of baby swan; not quite good and not quite bad. The Pope stood in front of the whole world and declared that the small and rather unimpressive grey wings were most likely reserved for the good atheists. It was a statement he promptly withdrew when he himself grew a tiny grey pair of his own, live on international television. The video is still available on YouTube.

On the day that everybody got their wings, I didn’t get mine. Nor did I get them the day or week after that. Was God having difficulty judging me because, whilst I have given to the poor every now and then, I did still stay in that whole weekend one time, ordered nothing but pizza and watched the entire boxset of Breaking Bad? Is he having difficulty judging me because whilst I did once save someone’s life by pulling them out of oncoming traffic, I didn’t share and like that picture of a little girl waiting for an operation which came up on my Facebook feed?

Perhaps He isn’t really considering those things at all, and perhaps I haven’t earned them yet either. Perhaps I have been overlooked. Perhaps I’m not really that interesting. I’ve never done any actual good or bad really. Not on any scale that mattered.

These days, I look at my wingless reflection in the mirror before I go to work, and I wonder what I can do to make mine come out like my wife’s.

After I checked in, I went to my room and found a young woman there. She was looking for her lost earring and was really upset. I helped her look, but we couldn’t find it and she left to catch her flight.

I was woken up last night by a noise in the bathroom. Then the door opened and the same young woman came out. She walked right past my bed. I was terrified because she kept staring at me with those wide eyes. Then she jumped out of the window.

I suddenly regained my sense and ran to the window. I look down on to the roof below, but she wasn’t there. Instead I saw the tiny twinkle of metal caught in the moonlight. I hope she doesn’t come tonight.

-Hidden in a drawer

Now I am nothing.

Except, the flickering light.

The shadow across the wall.

The hand under the bed waiting for you.

The reflection that doesn’t seem quite right.

That shape that stands at the edge of darkness when you wake at 3.12 am.

The banging from the upstairs room.

The smiling man at the window that waits behind the curtain.

If you sleep, the silver knives will come out. Because I have to investigate your insides.

I don’t care about you- I will have your fucking heart.

-hidden in the hotel bible.